Hyundai
Other teasers suggest an Ioniq 5 N and Ioniq 6 N could be coming as well.

Hyundai dropped another teaser just 24 hours after the coupe featured above, showing what clearly looks like the back of the new Ioniq 6 with a massive wing visible through tyre smoke. That would make three different vehicles we've seen teased for Hyundai's July 15 celebration of performance, known as N Day.

On July 15, Hyundai will hold N Day where it will show off the brand's next-generation high-performance car. A teaser image of the vehicle under a sheet suggests that a sleek coupe might be on the way.

Hyundai's Facebook post to tease N Day only provides one more hint about this upcoming model. A translation of the message says: "Do you want the fun of driving in the age of electric vehicles?" That might be a hint that this vehicle is an EV or the company could be referring to the blue vehicle in the other image.

The teaser image shows a vehicle with quite a long nose and a short rear deck. If this model turns out to be an EV that doesn't need the space to fit a big engine, the designers are sticking with the classic styling recipe for a performance car. Judging by the size of the passenger compartment, this might be a two-door. A wing that's nearly as tall as the roof is at the back.

Hyundai's current EVs belong to the Ioniq sub-brand. It's possible that this model would also wear that moniker. The Ioniq 7 is an upcoming electric crossover, so this product might be the Ioniq 8.

Hyundai and Kia's existing EVs ride on the E-GMP platform, and these underpinnings can support performance vehicles. For example, the Kia EV6 GT has a pair of electric motors making a combined 576 horsepower (430 kilowatts) and 546 pound-feet (740 Newton-meters). This is enough to get the crossover to 60 miles per hour (96 kilometers per hour) in around 3.5 seconds.

Introducing a fully electric sports coupe would let Hyundai occupy a niche that doesn't currently have much competition in it. There are vehicles like the Lotus Evija, but that's more of a supercar, whereas this teaser seems to show a more traditional-looking two-door.

The other teaser image that's part of this announcement is just a blur in Hyundai N's trademark shade of blue. Spy shots tell us that the Ioniq 5 N is deep into development, so that might be what Hyundai is hinting at in this picture. 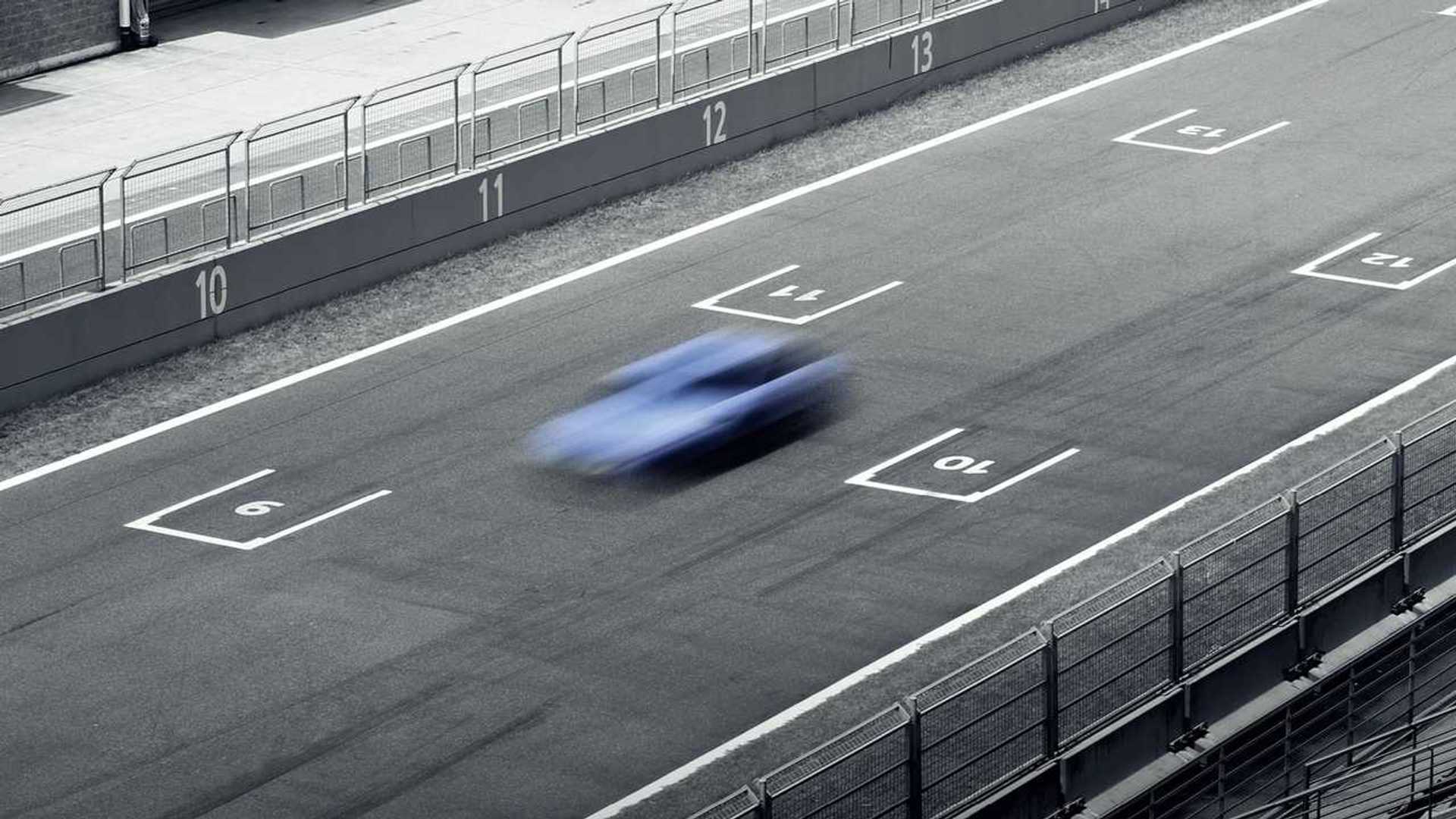