Because not all of us have caught the SUV bug, the Hyundai Motor Group still has faith in the ol' minivan. Kia recently launched the family-friendly Carnival and now its bigger brother is teasing an all-new people mover. "Staria" is the name of South Korea's latest MPV, which promises to offer "futuristic design cues and space innovation providing premium in-car experience."

Marketing speak aside, the exterior looks quite interesting (for a minivan) with its wide LED light bar at the front and pixel-like taillights reminding us of the Ioniq 5 electric crossover. The front design is how we'd imagine a minivan from Apple, and coincidentally, Hyundai/Kia have had discussions with the Cupertino tech giant about building the on-again, off-again Apple Car.

Hyundai says the new Staria has a spaceship-like exterior design (yes, really) and we can't help but notice the grille is as wide as the front end. It's flanked by the main headlights and incorporates the radar for the cruise control system and other safety features right below the license plate. The short overhangs hint at an expansive wheelbase to maximize interior space.

Speaking of which, the cabin is essentially revealed in the adjacent teasers. The dashboard is dominated by a center-mounted touchscreen for the infotainment system and it appears there's no driver's display behind the steering wheel. The silver "RND" buttons for the gear selector are positioned right below the screen and they seem to be taken from the Santa Fe SUV.

By the looks of it, Hyundai's new Staria is the latest vehicle to adopt the fake continuous air vent design and we're also noticing grab handles on the A-pillars. The front seats have individual armrests while the second row has a pair of captain's chairs with large retractable footrests and separate armrests. The cabin appears large enough to accommodate a third row, and we can kind of see it, while the tall and flat roofline means there should be plenty of headroom.

Hyundai isn't providing any technical specifications at this point, so we don't know whether the Staria is mechanically related to the front-wheel-drive-based Kia Carnival. The new minivan is likely a direct replacement for the aging rear-wheel-drive-based Starex / Grand Starex / iMax. As usual with official images provided by an automaker, the teasers depict the range-topping version, dubbed Staria Premium, equipped with all the bells and whistles.

Additional details will be provided in the following months, and Hyundai says the fancier Premium model will be sold only in select markets. 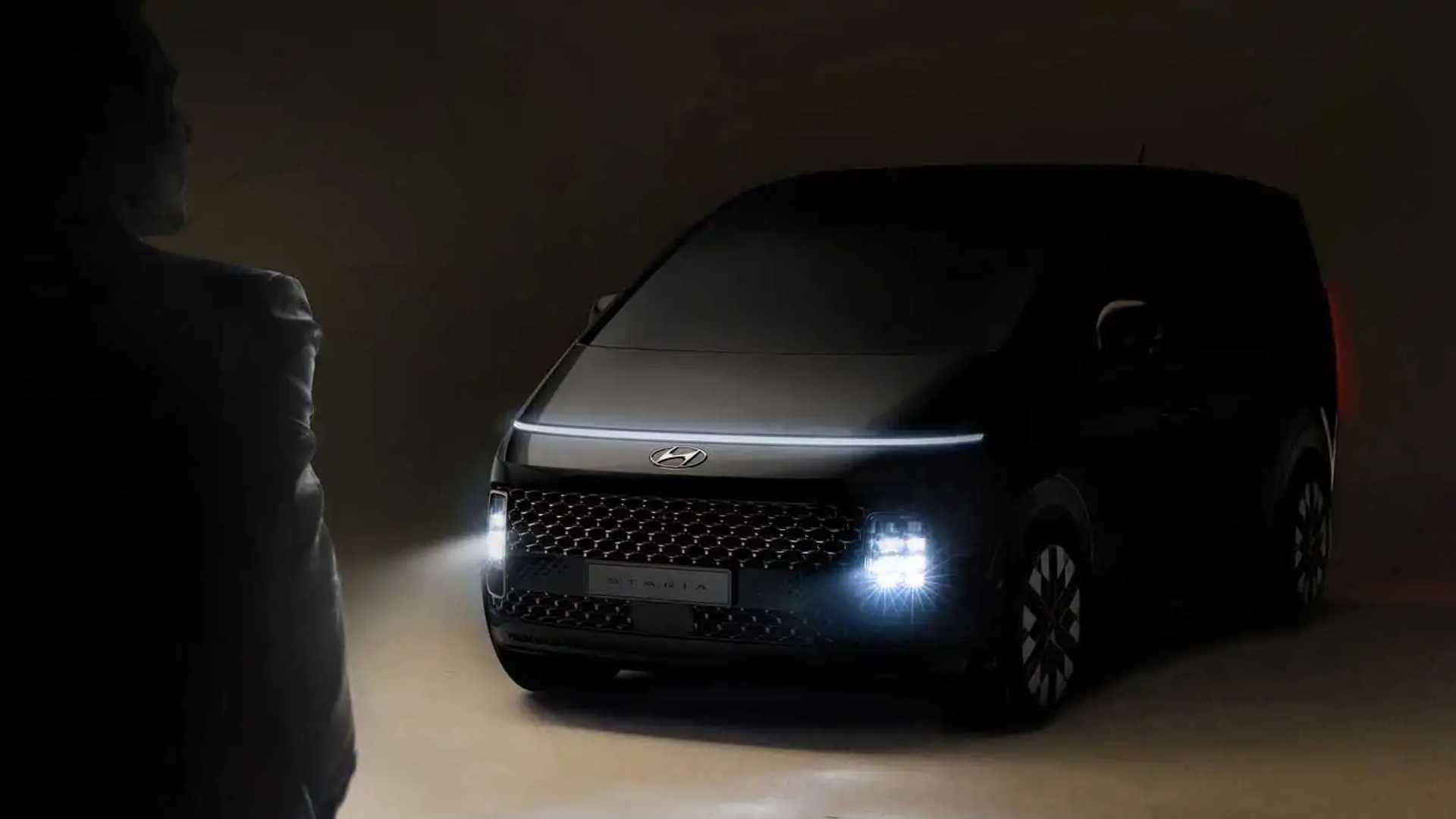 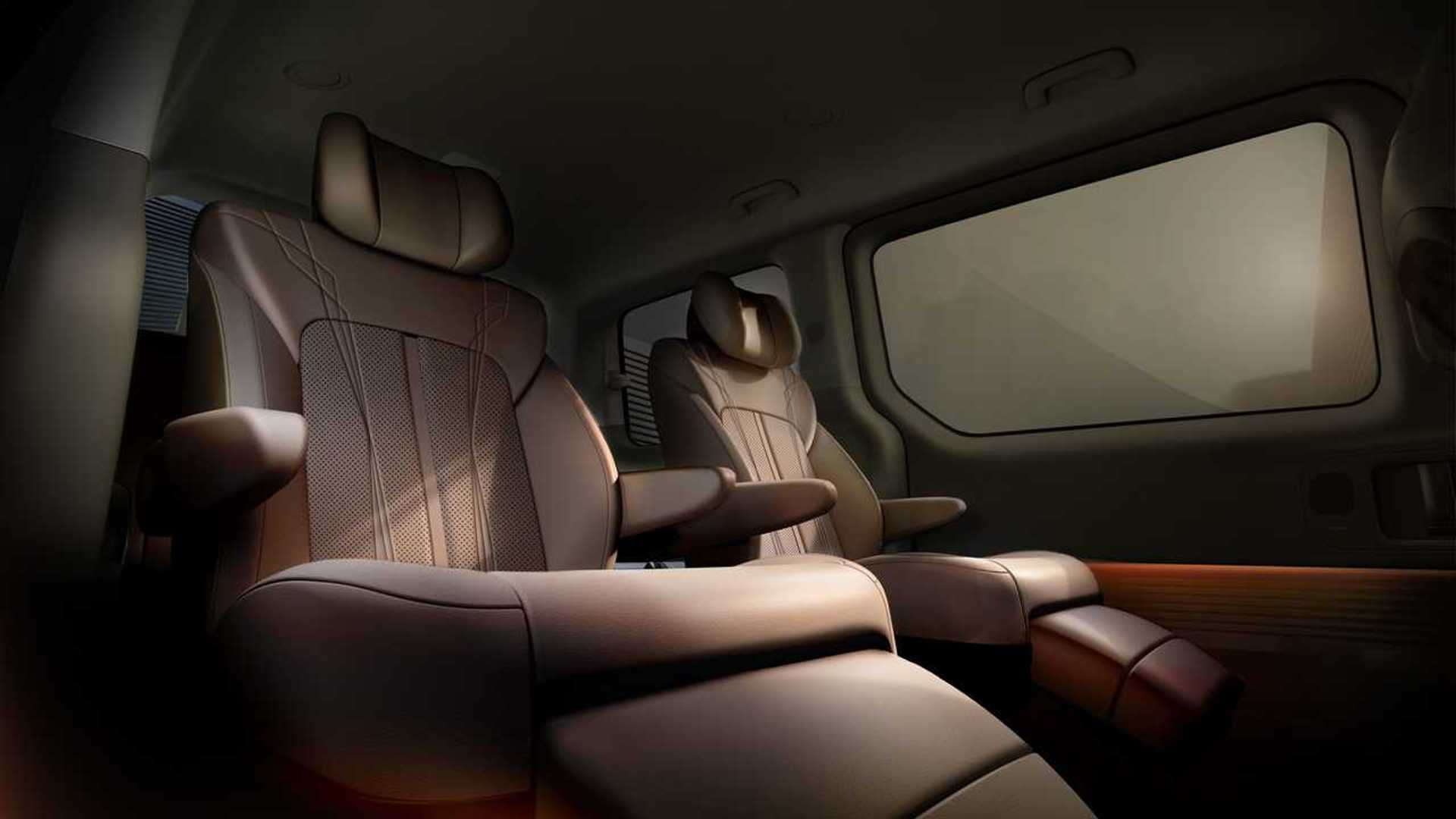