toyotaToyota Tundra
Not much left to hide at this point.

Toyota kicked off a teaser campaign back in May for its long-awaited new Tundra pickup truck. We've seen just a few small tidbits since then, with the most recent being a super-short video showing a generic engine cover. We can't help wondering if Toyota will ramp up its teaser campaign now that the several images claiming to show the entire truck have blown up the internet.

Toyota Tundra enthusiasts at Tundras.com are poring over a series of images shared by forum member Tibetan Nomad, who states they originated in the TundraCrew private Facebook group. Apparently there was some kind of dealer communication sent out by Toyota on June 17 with a preview of the 2022 Tundra, and someone on the other side of the screen got snap happy with a camera. It's possible this could be an elaborate ruse with a series of clever renderings, but based on previously leaked images of the Tundra, Toyota's teasers, and spy shots we've seen, there's no reason to believe this isn't the real deal.

With that in mind, these images claim to show a spiffed-up TRD Pro version. The light bar in the grille and the three orange markers match the official teaser photos, and the edgy L-shaped headlights also match what we've previously seen. The bold TRD Pro stamping in the tailgate fits with current industry trends, but looking closely at the gate we see what looks like camera eyes flanking the grab handle up high. There's certainly no reason to believe Toyota won't outfit its first all-new Tundra in 15 years with some decent tech.

Speaking of which, the aforementioned engine teaser supports rumors that a twin-turbocharged 3.5-liter V6 will serve under the hood. We've also heard a hybrid powertrain will be offered, but Toyota has already confirmed the new Tundra's base engine will be more powerful than the current 5.7-liter V8. That thirsty mill generates 381 horsepower (284 kilowatts) so the next-gen Tundra shouldn't be hurting for power.

At this point, it's just a question of when Toyota will officially reveal it. An alleged insider said it would break cover late this year for 2022, but with the recent teaser campaign and this apparent reveal to dealerships, evidence suggests a proper debut could be just around the corner. 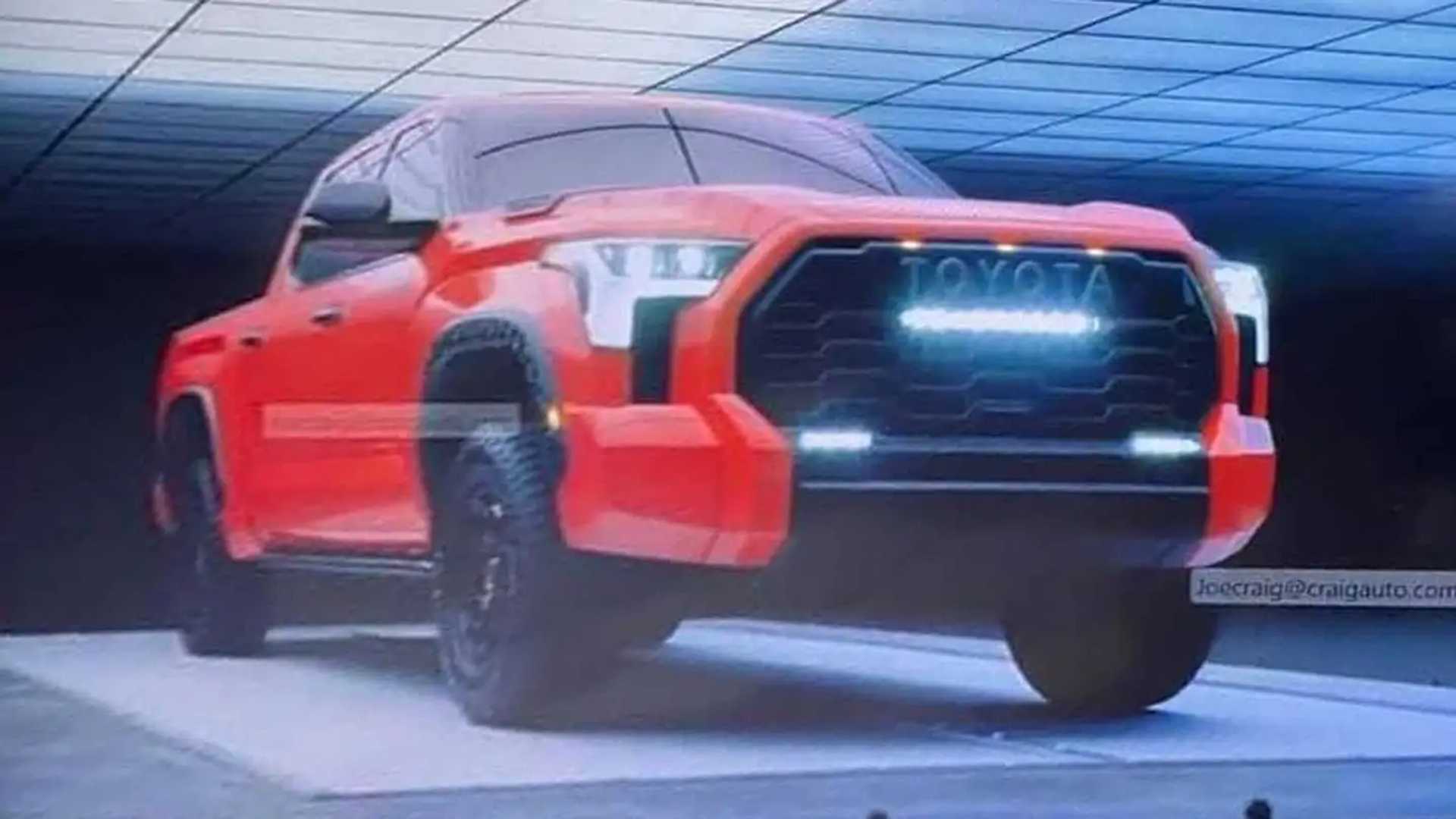 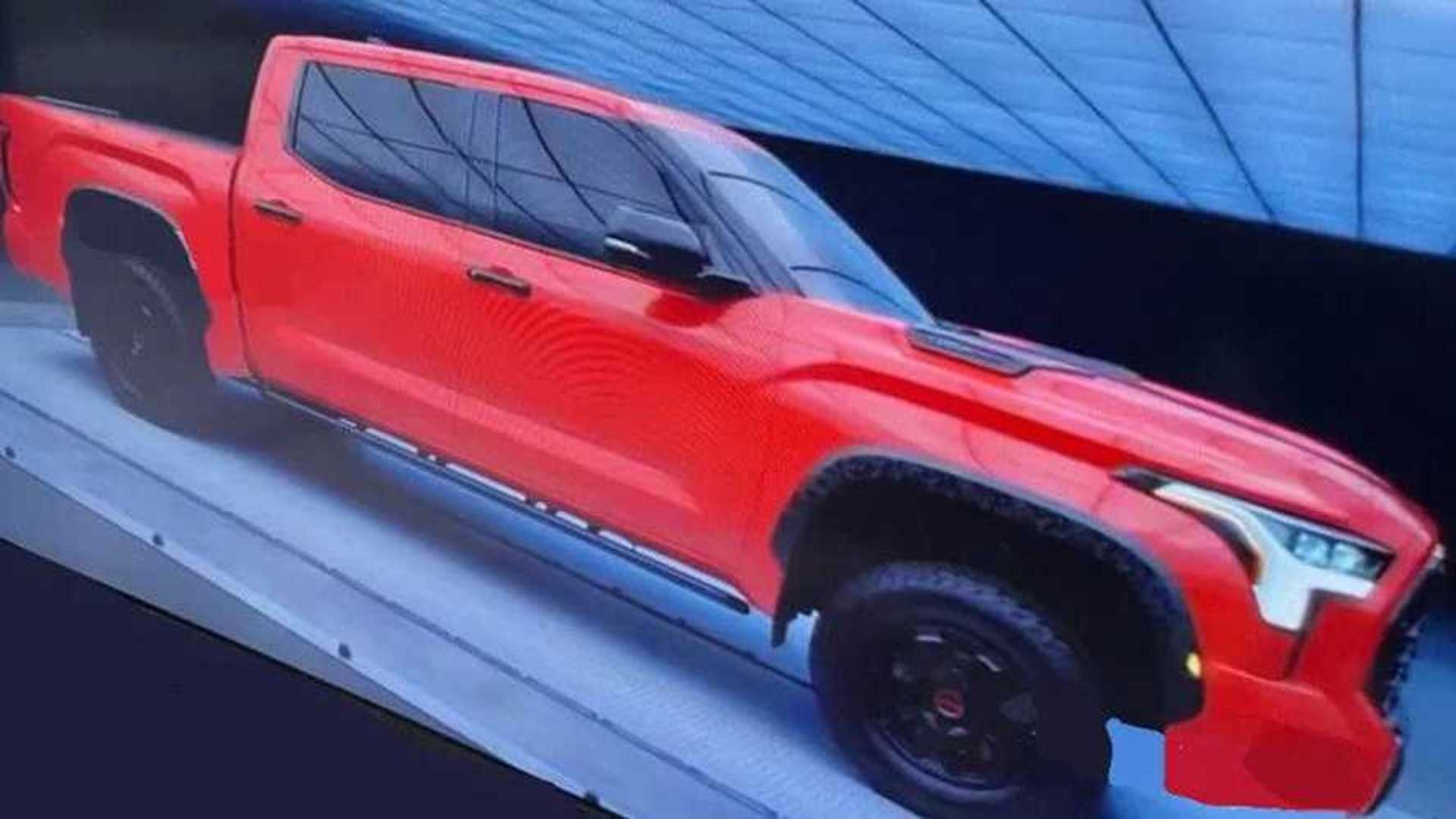 In response to the leaked images of the 2022 Tundra TRD Pro, Toyota decided to join the party by sharing an official (and much clearer) photo of the new 2022 Tundra. The automaker dropped a photo of a Tundra TRD Pro on Twitter but it's not a full reveal. We're still waiting in the wings for the Tundra's official debut.

Some people don’t know how to keep a secret: https://t.co/fcEaeZhMmi#Tundra#LetsGoPlacespic.twitter.com/xnhA3og0LB