Many parts on the exterior are off an AMG GT R Pro.

BS Teile Center is a German shop that specializes in selling used Mercedes parts, particularly for AMG models. The company's latest project as part of its BSTC-Performance label takes a Mercedes-AMG GT R and loads it with parts from the Pro model. Plus, there are hefty engine mods that take the output to 891 horsepower (664 kilowatts or 903 metric hp).

A stock AMG GT R has a twin-turbocharged 4.0-liter V8 making 577 hp (430 kW), so BS Teile Center's car has a major power upgrade. The engine tweaks include swapping out the original turbochargers in favor of Weistec Engineering W.4. Their red housings add a pop of color when the hood is open. The improvements also include an ARMA carbon-fiber intake, Wagner air coolers, and IPE downpipes with 200-cell sport catalytic converters.

There's still the seven-speed gearbox from the original AMG GT R, but BS Teile Center upgraded it, including fitting a reinforced clutch. That should help the transmission handle the massive power upgrade.

Many of the exterior tweaks take advantage of BS Teile Center's access to used AMG components. The front bumper, fender flares, side skirts, rear wing, bumper, and diffuser come from a GT R Pro. The headlights and taillamps are new pieces, and the builder adds its name in a stripe along each side of the body

The 20-inch wheels with a titanium gray matte finish are also from a GT R Pro. Michelin Pilot Sport Cup 2 tires wrap around them.

The brakes also get this treatment. The vehicle loses the gold calipers from the GT R and gets the black ones from a GT R Pro.

BS Teile Center's creation is impressive even compared to Mercedes-AMG's own GT Black Series, which sits at top of the range. Its version of the twin-turbo 4.0-liter V8 has a flat-plane crankshaft and makes 720 horsepower (537 kilowatts) and 590 pound-feet (800 Newton-meters) of torque. This is enough power to hit 60 miles per hour in 3.1 seconds and a limited top speed of 202 mph (325 km/h).

The tuned GT Pro doesn't have the Black Series' aero goodies like an electronically-adjustable section of its rear wing and nine levels of selectable traction control. 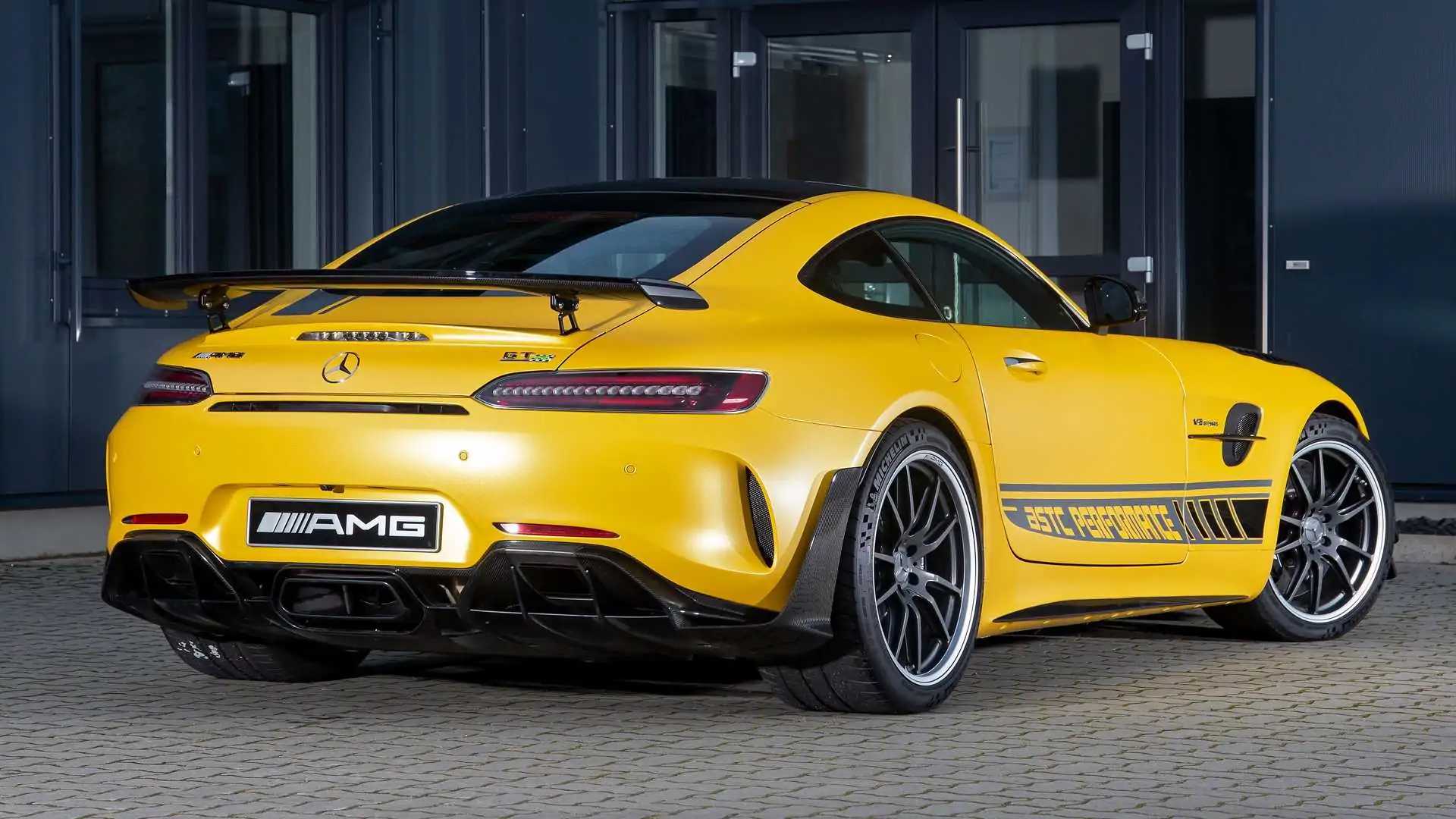 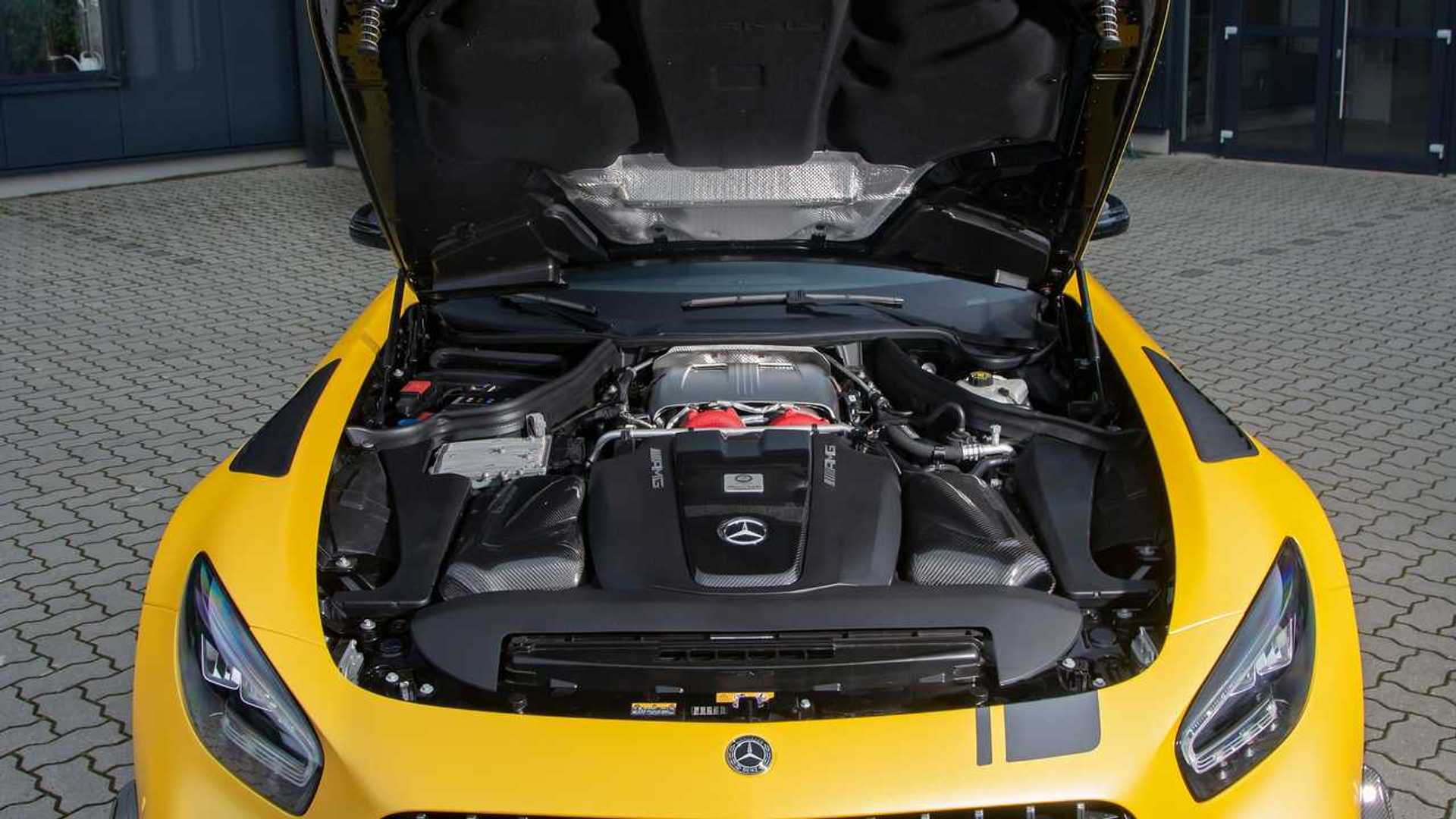 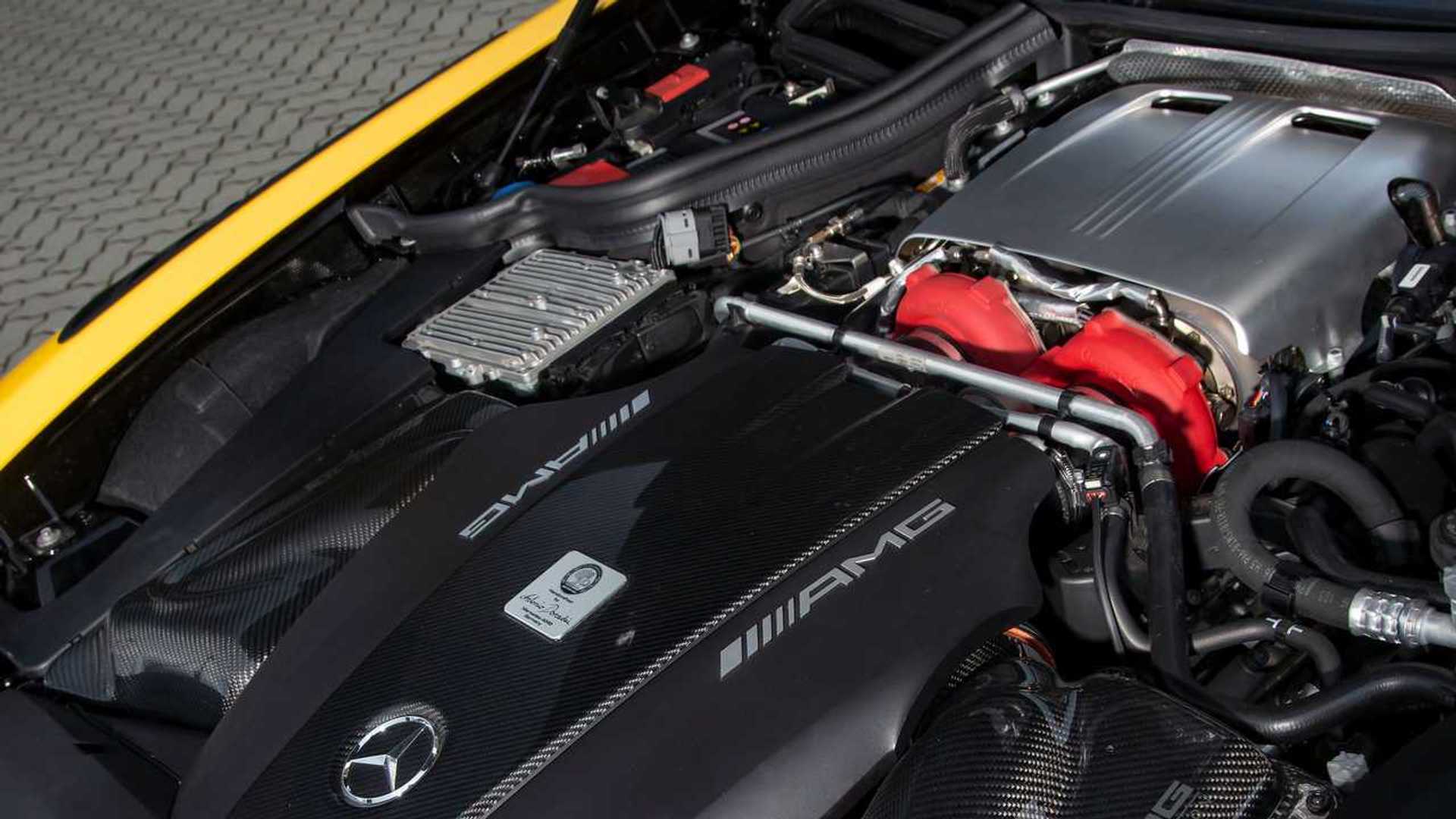