Back in 2009, director McG and actor Christian Bale put an entirely new spin on the Terminator franchise by transporting us into the machine-dominated future Sarah Connor has been fighting so hard to prevent.

And, for the first time, movie fans were treated with a wealth of motorized contraptions with a mind of their own.

Among them was the Moto-Terminator, a two-wheeled machine of death that was based on a Ducati. Its presence on the screen was not that extensive, but it sure made an impression.

The Terminator has long been using motorcycles, the most famous being the 1991 Harley-Davidson Fat Boy used by Arnold Schwarzenegger in T2. A Harley is what we have here as well, a VRSCA V-Rod to be precise, but the way it was redesigned is reminiscent more of the Ducati from Salvation than what Arnie rode.

The bike we have here is the work of an Estonian talent named Fredy Jaates, and comes into this world as a deep-black apparition, riding on very in-your-face blue rims. It’s far from its stock self, and save for the wheels, it would probably have made quite the ride for a self-aware machine.

Just like most of the other Jaates builds we’ve shown before, this one too was extensively modified, featuring over 50 custom bits and pieces, with big names like Ohlins, Brembo, and Sprintex on deck to help.

The V-Rod rests on equally-sized wheels, at 18 inches, but with the rear one a 300 mm-wide piece. Resting under undersized and custom fenders, they are wrapped in Metzeler Marathon slicks and backed by Ohlins suspension.

The stock engine of the ride was gifted with a Sprintex supercharger and an exhaust system rocking Akrapovic mufflers, but we are not being told how much these extras improve the powerplant’s output.

The list of added bits (which can be studied in full here) also contains visual upgrades, in the form of things like new covers where covers are due, a low handlebar, or new lights, among very exciting others (check gallery for more).

The cost of the build was not disclosed, but knowing how these things go it might be safe to assume it probably is at least one time over the cost of the base motorcycle. 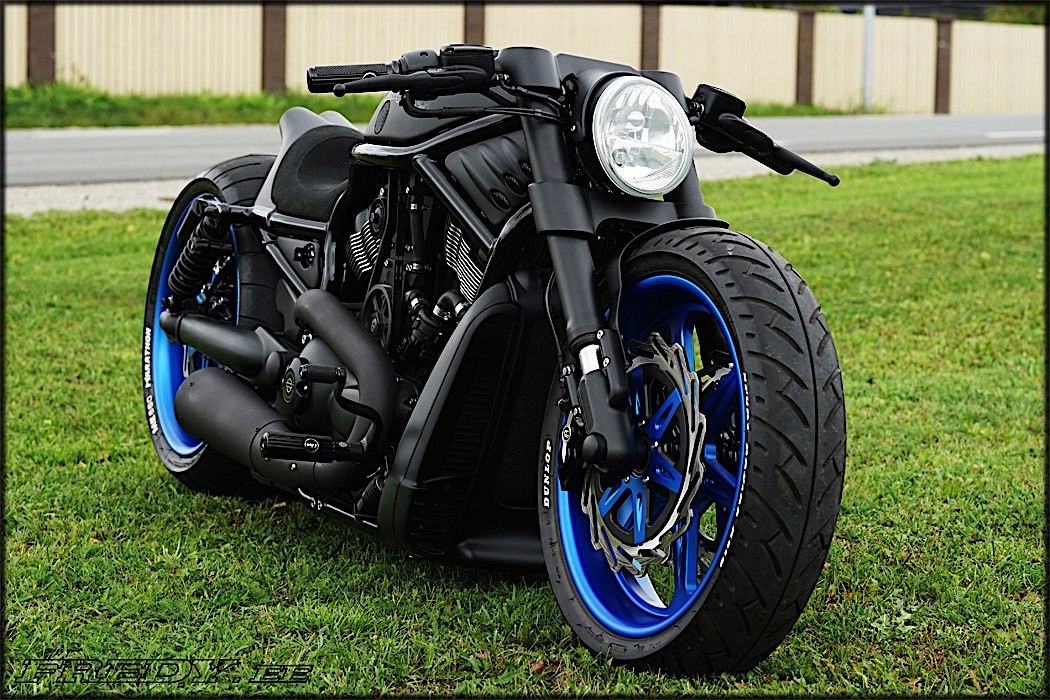 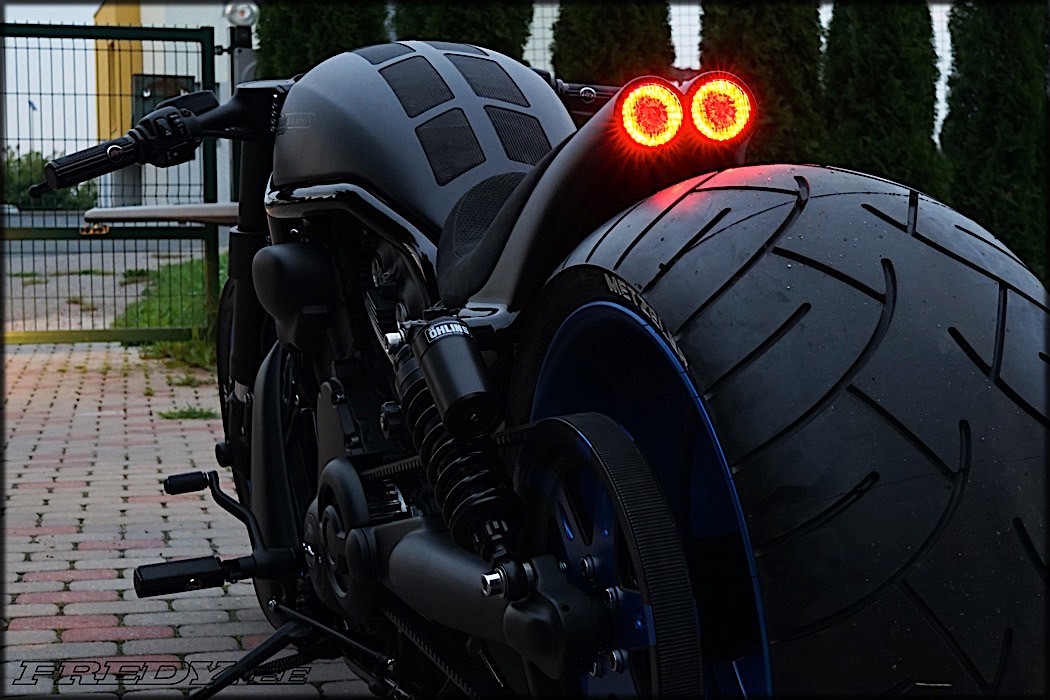 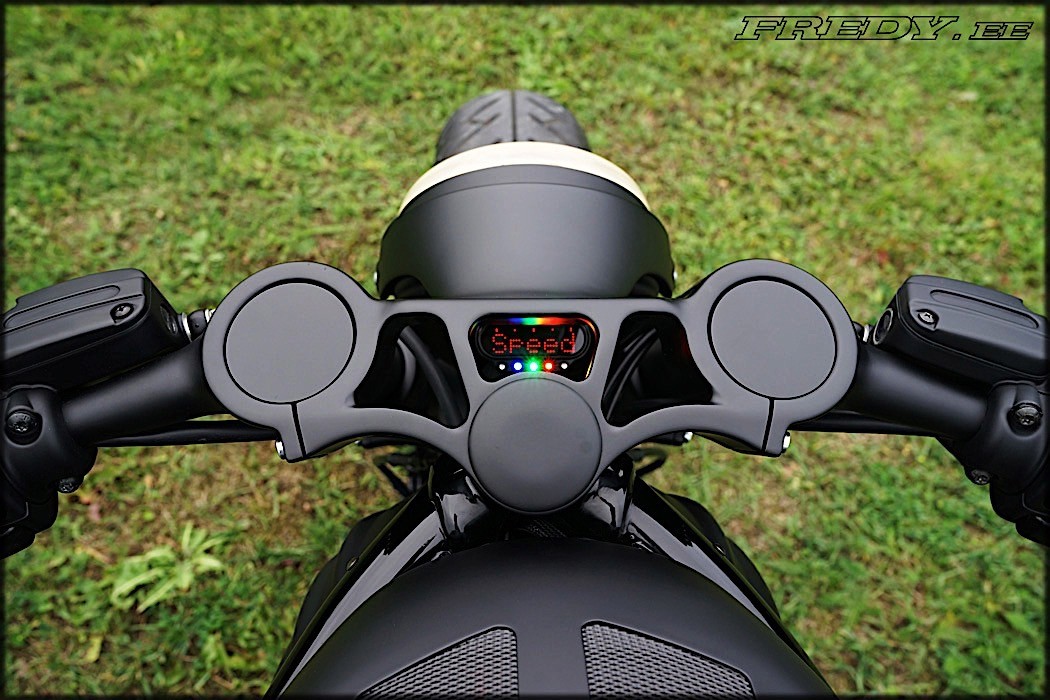 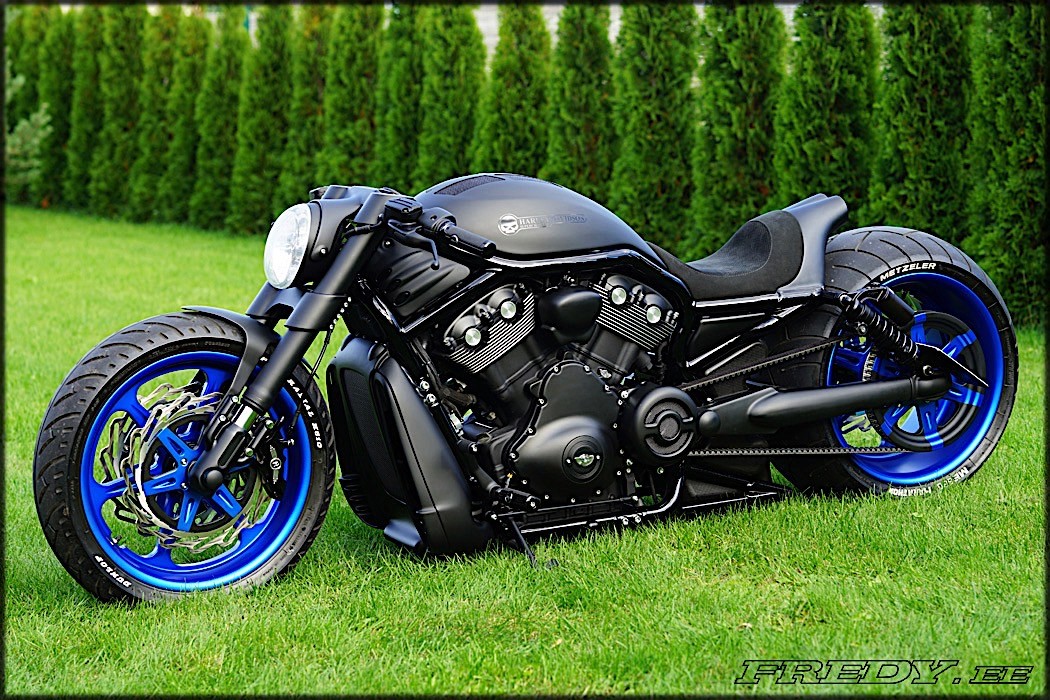