While we're waiting for Hyundai to give the Santa Fe a facelift, the Polish aftermarket specialists at Carlex Design decided to give the midsize SUV a facelift of their own. They've made a name for themselves developing wild visual packages for a variety of cars, and this one is no different. The regular version is already an interesting appearance because of its dual-layer headlight arrangement, but this one makes the standard Santa Fe look subtle by comparison.

From the bumpers and fender extensions to the huge front grille and roof spoiler, it's safe to say Hyundai's SUV has gone through a lot of changes, not necessarily for the better though. Dubbed the Santa Fe Urban Edition, this striking custom project has a two-tone finish and a big mouth akin to a Lexus LX. At the back, a faux diffuser is flanked by quad exhaust tips, although Carlex Design isn't saying anything about any engine upgrades.

As if the changes on the outside weren't outlandish enough, there are lime green accents to spruce up the otherwise predominantly gray/black interior while complementing the brake calipers. You can see the vibrant shade on the door cards and on those body-hugging seats, not to mention on the 12 o'clock marking for the flat-bottomed steering wheel. Leather and Alcantara has been added for good measure in some of the areas to further move the Santa Fe away from its mainstream play-it-safe origins.

The Hyundai Santa Fe is not the sort of vehicle you'd expect to grab the attention of tuners, but Carlex Design is confident there are people interested in such an outlandish appearance pack. It's something that would fit in perfectly at SEMA, and will soon be launched on the SUV's domestic market in South Korea before arriving in Europe. 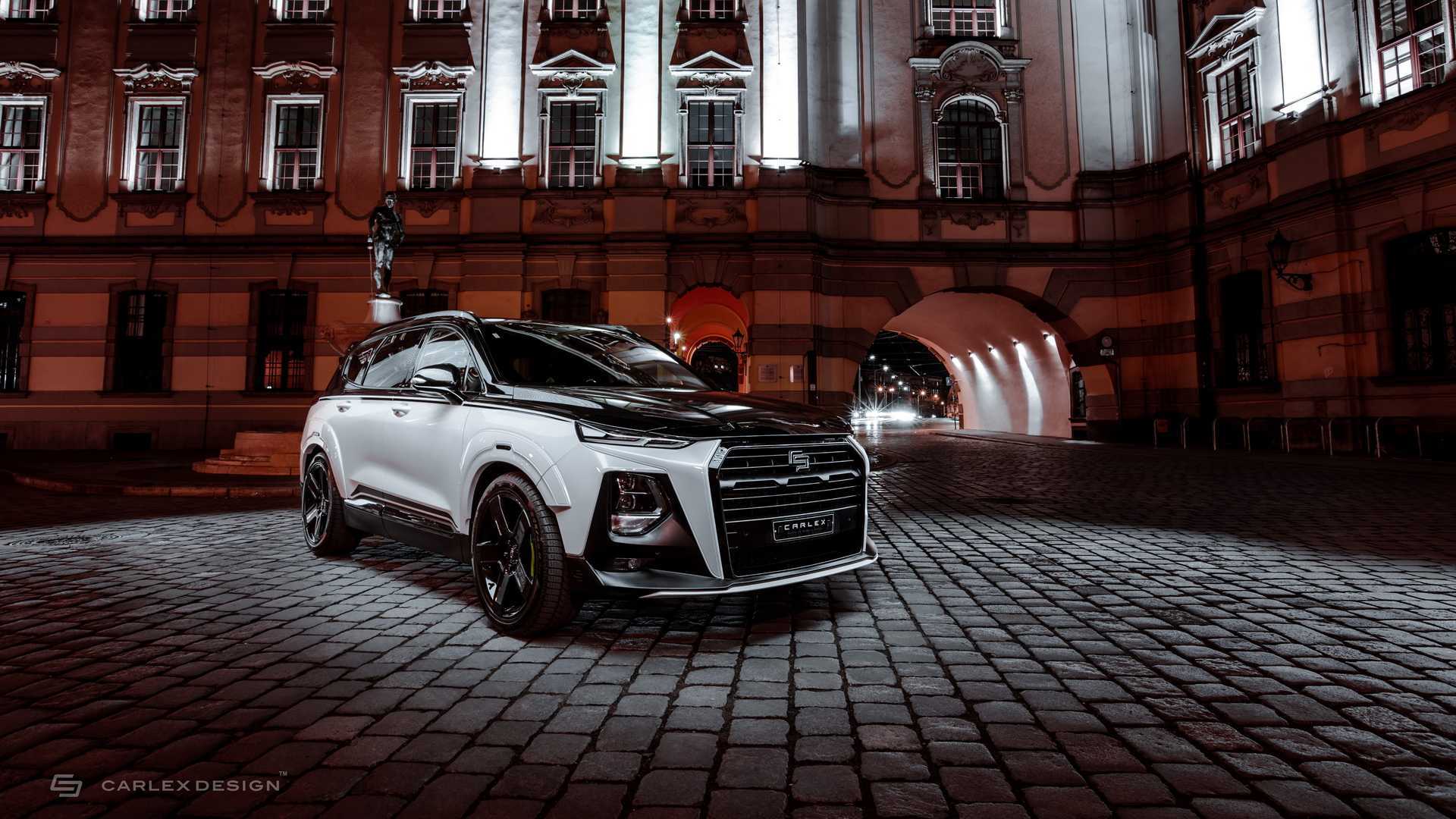 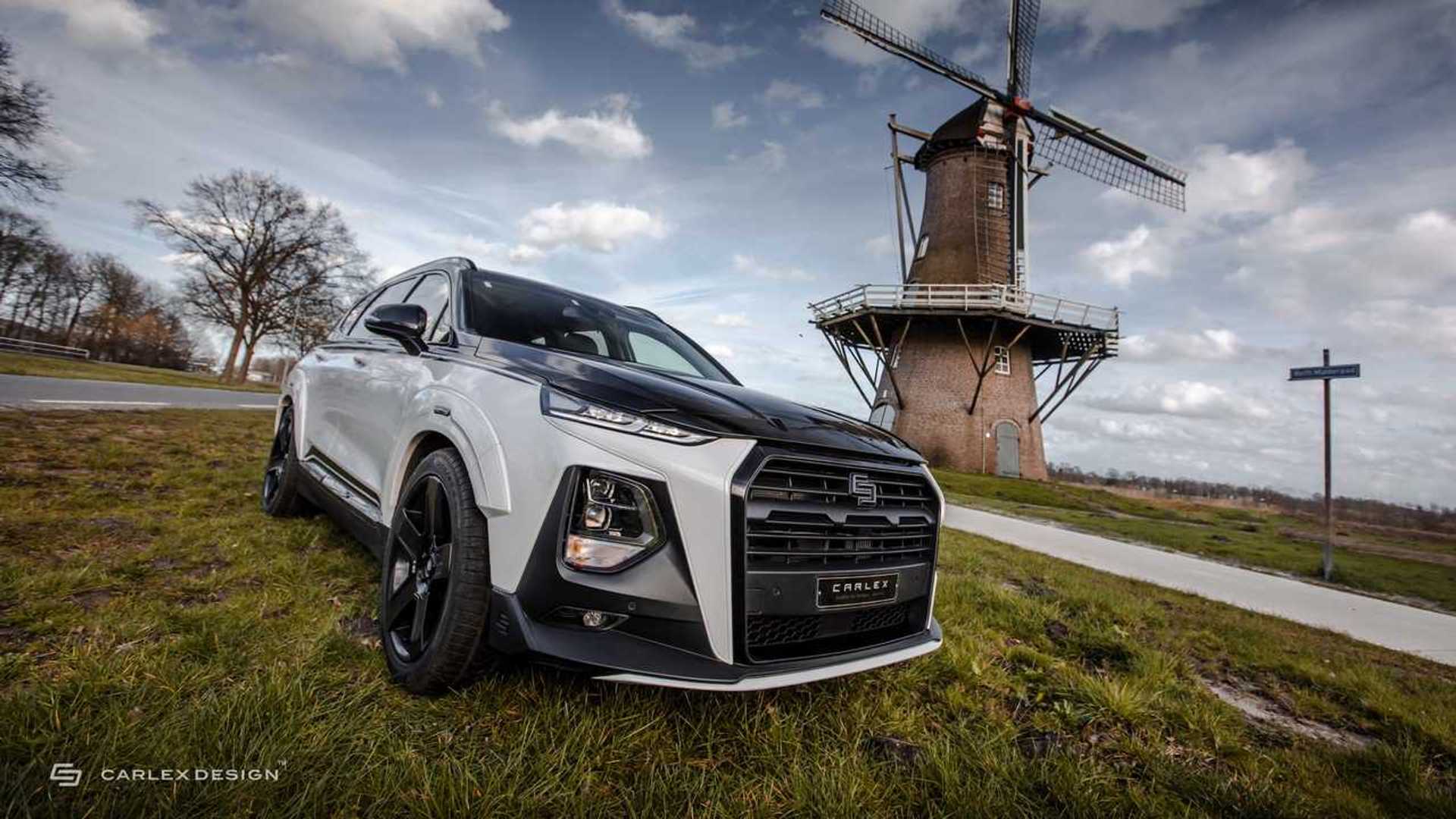