A new TCR battleaxe for the South Korean automaker?

When most people hear of Hyundai, they may think of a dependable brand offering affordable vehicles to the public. However, many petrolheads will know about the South Korean automaker's success in both touring car racing and the World Rally Championship. In fact, they brought home the WRC constructors' championship just last year.

Sticking to touring car racing, Hyundai began their quest for success with the i30 N TCR and more recently moved to a TCR port of the Veloster N. These spy shots of a race-prepped Elantra lead us to believe that Hyundai might be readying another touring car for racing's return after the COVID-19 pandemic.

If this is the automaker's new touring car of choice, it's a slight detour from their past challengers. Its previous vehicles in the TCR series have all been hatchbacks in the form of the i30 N and Veloster N. With the Elantra's sedan form factor, we wonder what changes to the setup that will prompt – if any – to achieve the same performance. That said, with the brand's motorsport pedigree it shouldn't be a big job.

With the possible advent of an Elantra TCR challenger, it's clear that the brand is being covert about what the public sees. For one reason or another, the picture appears to be captured at a proving circuit rather than a AAA racetrack. As many spy shots go, the car is also enveloped in a camouflage jacket to hide its features. 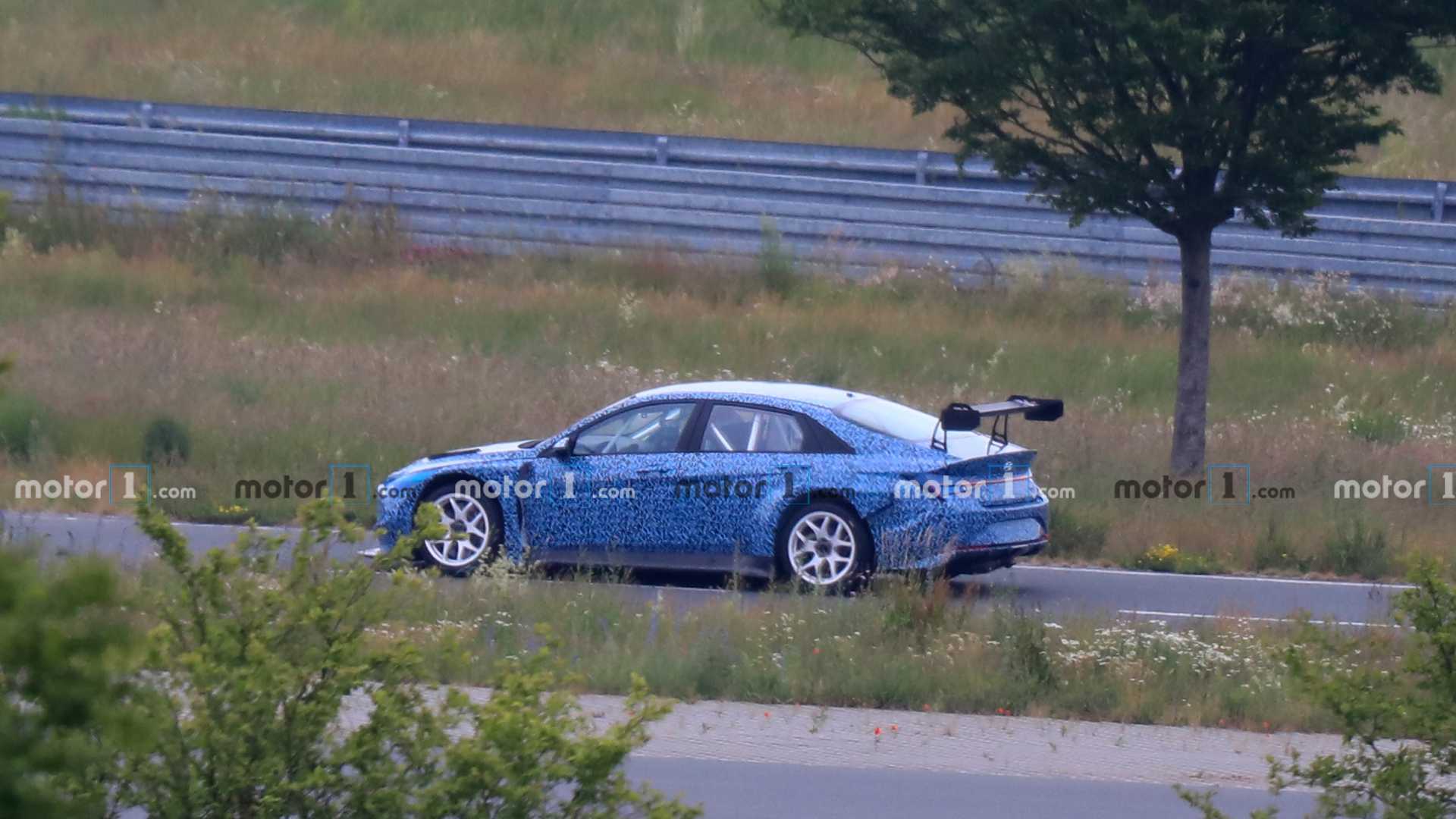