Honda Odyssey Gets A Mugen Minivan Makeover In Japan

Cruising cool with the whole family.

Once upon a time, minivans were the cool new alternative to boring family station wagons. In an ironic twist of fate, they ultimately inherited the wagon's title of boring family vehicle as SUVs became the cool new alternative. In an even bigger twist of fate, wagons have since become cool, and in some cases such as the Audi RS6 Avant, they're extremely fast to boot. But that's a subject for a different time.

In the age of SUVs, minivans are nearly extinct but that's not stopping Mugen from making them cool. The noted Honda tuning company recently announced a plethora of upgrades for the recently updated Honda Odyssey that adds some visual bunch without being all shouty about it. There are even some under-the-skin enhancements, but sadly, it's not the bonkers twin-turbocharged Odyssey we know everyone wants. And for our US audience, you've no doubt surmised that these upgrades apply to the Japanese-market Odyssey. The North American model is quite different, so for now, we're out of luck.

What are we missing? A modest carbon fiber chin spoiler sits low on the Odyssey's recently updated face, along with more carbon fiber trim for the grille. It's a modest update but it does add a bit more visual appeal to the people mover. Those are the new additions, but Mugen also offers a roof spoiler for the rear, a chrome garnish above the rocker panels on the sides, window vents, and an upgraded set of wheels in either 18-inch or 19-inch size.

Behind the wheels you'll find the only performance enhancement for the Odyssey. Upgraded brake pads are available front and rear, though Mugen also lists everything from high-performance fluids to cool oil filler caps and even a weird-looking cover that fits over the brake reservoir. It's designed to catch any fluids that could leak out "due to various factors while driving." We suspect its primary purpose is for other Hondas with high-performance aspirations, but hey, it fits the Odyssey.

In Japan, the minivan is available with either a 2.0-liter hybrid powertrain or a 2.4-liter mill, both of which check-in under 200 horsepower (149 kilowatts). Meanwhile in the States, we get an Odyssey with Honda's 3.5-liter V6 making 280 hp (209 kW) so if you're bummed about not getting Mugen parts overnighted from Japan, take heart in knowing that you'll still be faster. 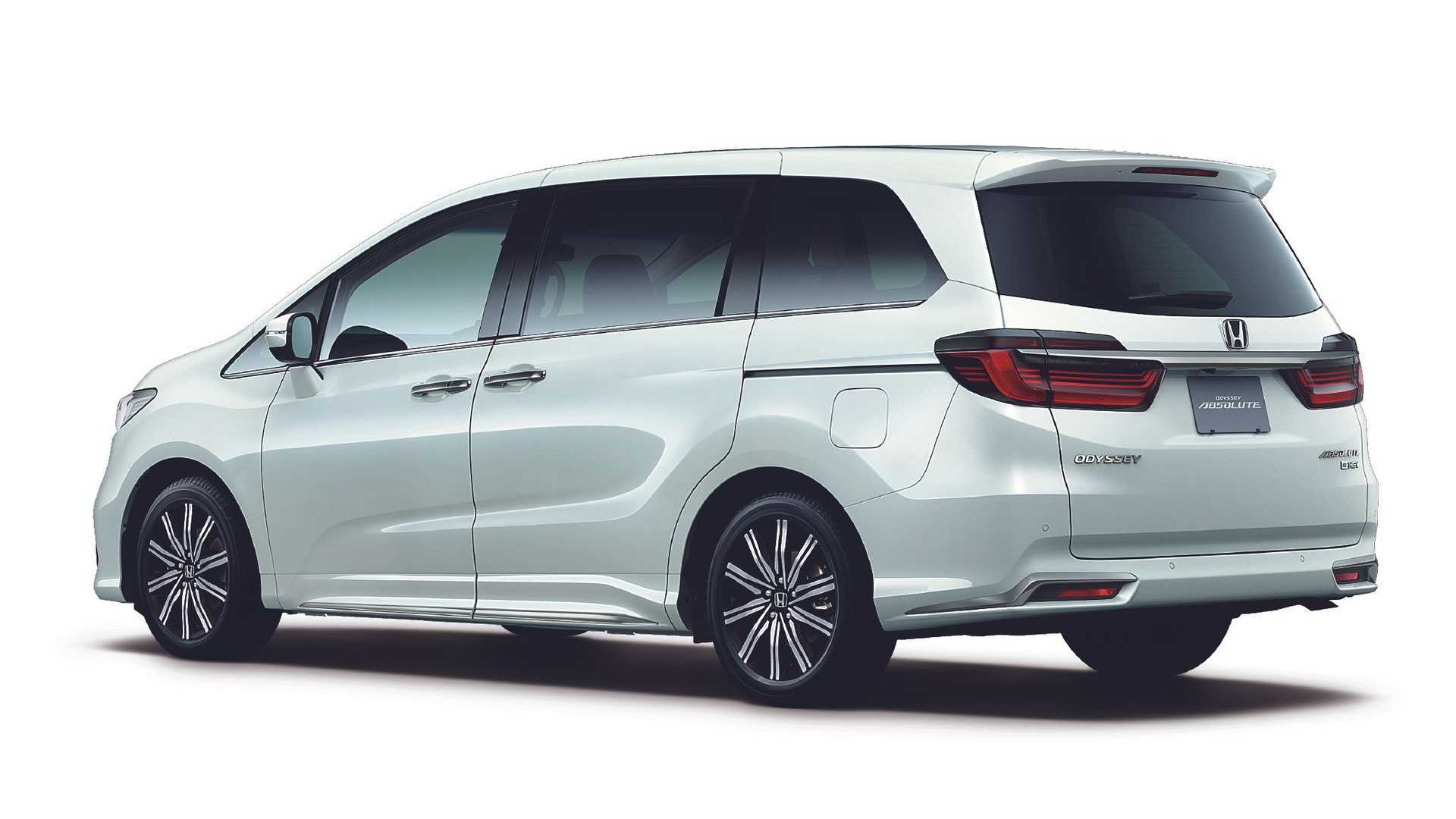