The sports coupe gains a Hairpin+ function and retuned suspension.

At long last, drivers can row their own gears in the Toyota Supra. The 2023 model year is here, complete with a clutch pedal. Even before entering the cabin you can tell it's the 6MT model by the red "Supra" lettering on the rear bumper. Touted as being a new development, the do-it-yourself gearbox was conceived specifically for the 3.0-liter engine, which we all know is borrowed from a certain German automaker.

Toyota labels it as an "intelligent Manual Transmission" (iMT) featuring bespoke software for prioritizing performance. How does that actually work? Engine torque is further optimized when you press and then release the clutch pedal during upshifts. "Consistent performance" is delivered when downshifting, but you can turn iMT off by activating the Sport mode.

While the automatic-equipped Supra has a 3.15 final drive ratio, it's been shortened for the new manual variant to 3.46 for better take-off and in-gear acceleration. Toyota goes as far as to describe the gear knob, which weighs 200 grams (about seven ounces) and has a lever ratio developed to minimize the effort it takes to change gears.

For the manual Supra, the console unit and location of the drive mode selector were slightly changed to create a 1.7-inch clearance between the buttons and the shift knob. Bear in mind the 6MT is available strictly with the six-cylinder engine as the four-pot model is still an automatic-only affair. You can have three pedals in the 3.0 and 3.0 Premium trims, which are also offered with an optional automatic.

A new-for-2023 A91-MT version comes exclusively with the manual and has all the goodies of the Premium, but with a Cognac leather upholstery and an Alcantara-wrapped shift knob. The special model is limited to 500 cars painted in either CU Later Gray or Matte White. The A91-MT is available only in the US for the 2023MY and comes with a new 12-speaker JBL sound system offered as standard on the Premium trim as well.

There's more to the model year change than the manual gearbox and a special edition as Toyota has further tweaked the suspension and steering as well as the Track mode for easier drifts. Interestingly, there's now a Hairpin+ function to enable a greater difference in the degree of wheel spin to make twisty roads more enjoyable.

Toyota will have the 2023 Supra at dealers later this year, with pricing details to be announced in due course. 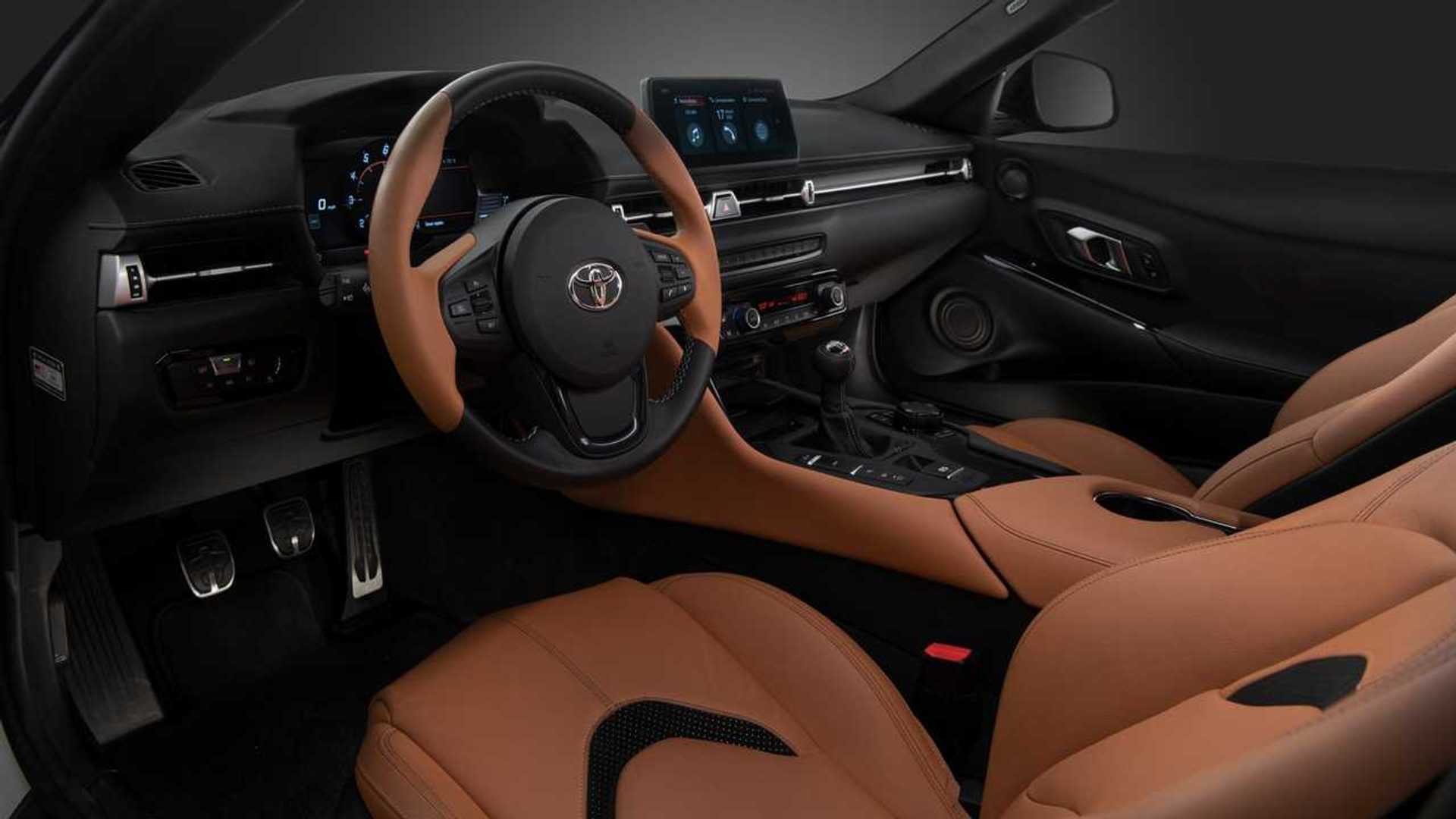