2022 Hyundai Custo Gets Second Reveal Ahead Of Official Debut

Technically speaking, these images of the forthcoming Hyundai Custo are considered teasers. Admittedly, Hyundai sometimes has a different definition for the word teaser compared to others. The photos here pretty much reveal the bulky new minivan destined for the Chinese market, albeit from a distance in low-resolution form. Still, here's the Custo in all its glory.

Of course, Hyundai prefers you call this a multi-purpose vehicle (MPV) like its cousin, the Kia Carnival. Shared by Beijing Hyundai on China's Sina Weibo social media website, these photos remind us of two things. First, the minivan isn't dead, and in fact, there's quite a market for the smaller vans in China. Secondly, the minivan's continued existence could well depend on SUV-influenced styling, as the Custo's chunky front clip with its bold grille borrows heavily from the Tucson. Its edgy body lines are also very Tucson-esque, but alas, there are sliding doors on both sides.

We're also reminded that this isn't the first time we've seen the Custo full monte. Back in April, the minivan MPV leaked onto the internet through China's Ministry of Industry and Information Technology (MIIT) during its homologation process. Those photos were actually clearer, showing exterior details up close though the shots weren't exactly glamorous.

Unfortunately for Hyundai, when the government posts such things, there isn't much you can do except grin and bear it. At least the interior is still a mystery.

Actually, it isn't. Hyundai shared teaser images of the Custo's greenhouse at the end of July, showing a minimalist layout with a 10.4-inch touchscreen in the middle. Seating for seven includes two captain's chairs in the middle row with a bench at the back. The layout suggests more influence from the Tucson, particularly with the steering wheel design. But hey, at least the powertrain is still a mystery. It is still a mystery, right?

Actually, it sort of is. When China revealed the photos, we also learned a turbocharged 1.5-liter engine making 167 horsepower (124.5 kilowatts) was under the hood, but that may not be the only option. We've heard rumors that a turbocharged 2.0-liter mill will also be available, and again, if there's some familiarity in those choices, it's the same mill options you get in the Tucson.

Not everything about the new Custo is revealed yet. We've seen the exterior and interior, but confirmation on the powertrain as well as technology and optional equipment remains hidden. That should change at the end of August, as we expect the Custo to get a final, final debut at the Chengdu Auto Show. 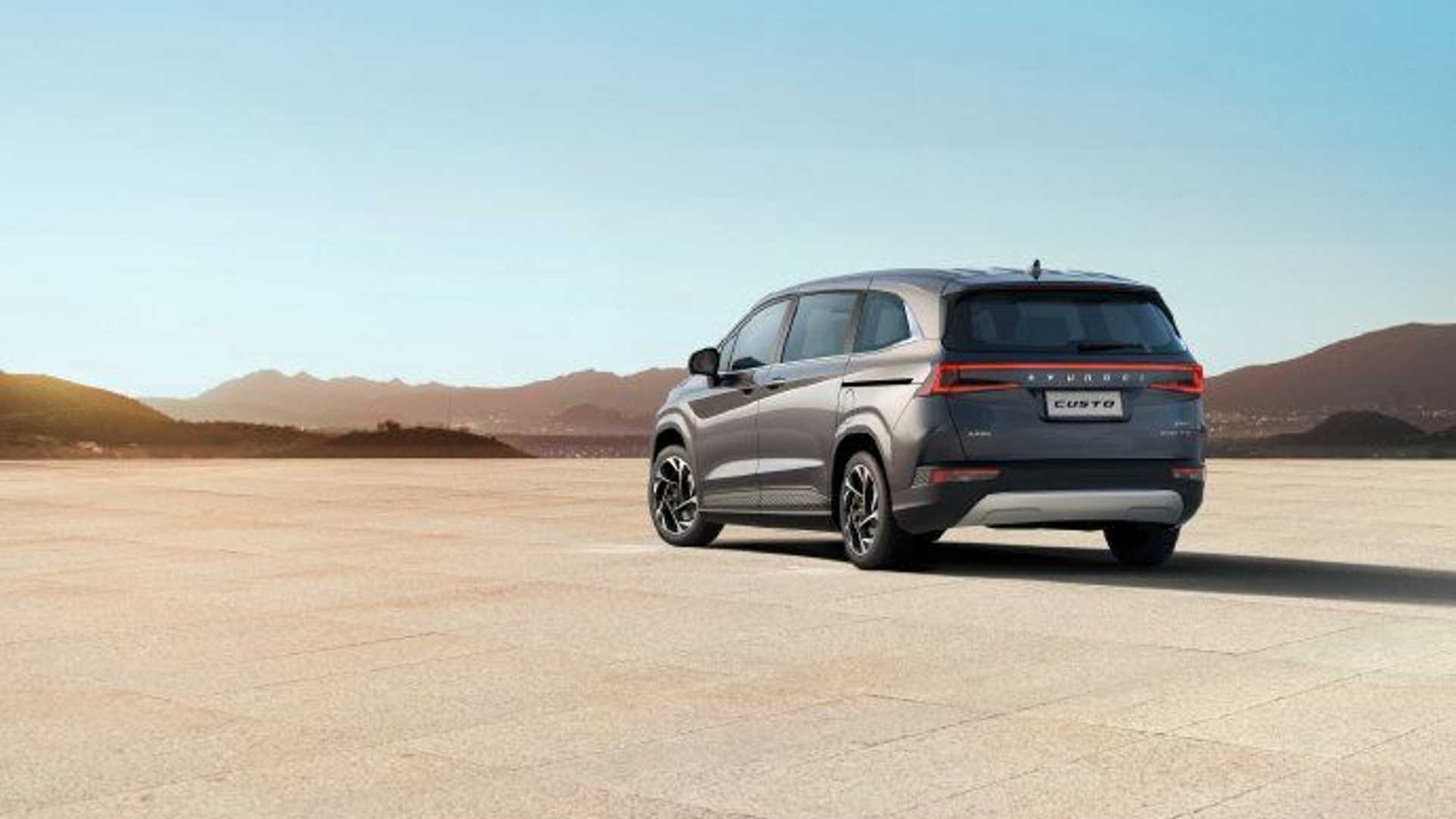 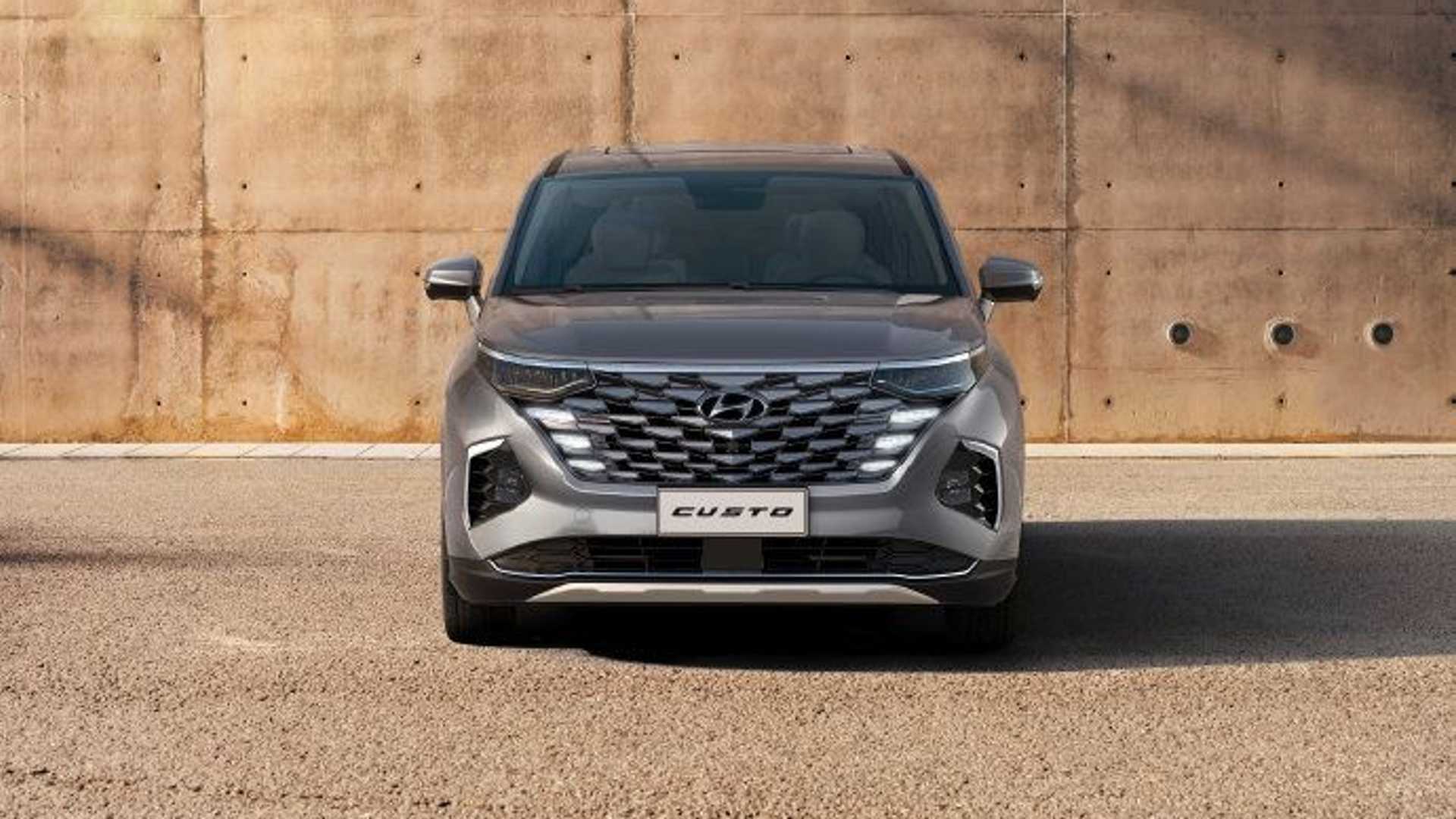 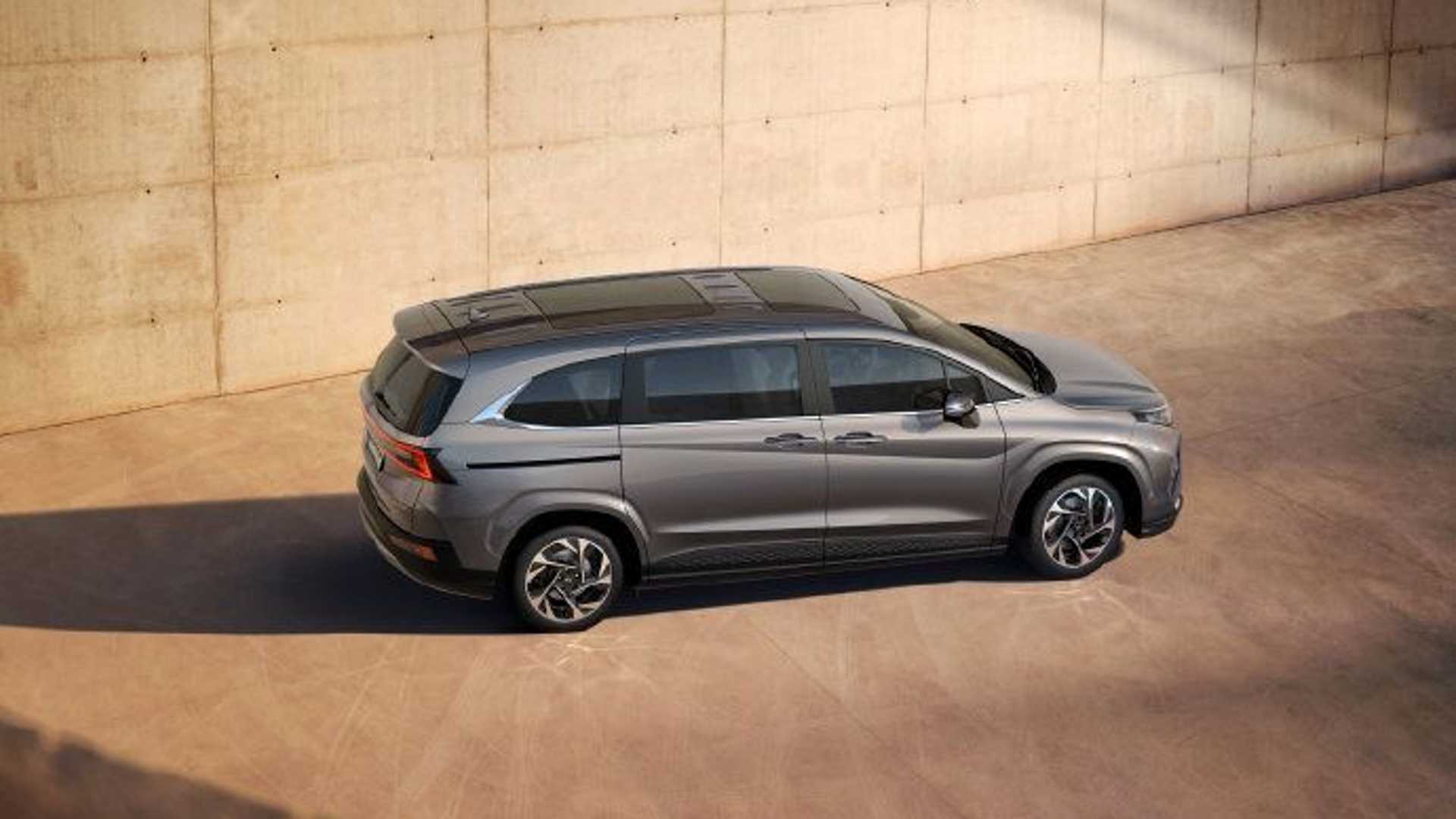