It's a handsome-looking four-door.

After the arrival of design trademarks and spy shots last week, we now have a very good idea about how the next-generation Honda Civic looks. In a pair of new renderings, KDesign AG takes this info and imagines how the new sedan might look when it debuts in 2021.

The overall theme for the 11th-generation Civic is to simplify the heavily creased look from the current model. Where the existing vehicle has arched headlights, the new one flattens them out so that there's a distinct line running along the top of the lamps and through the grille. There's a narrow grille beneath the Honda emblem, and a crosspiece for the bumper separates it from another inlet in the center of the lower fascia.

While not visible in the spy shots or trademarks, KDesign AG interprets the fog lights to be in the corners of the lower fascia. This is the most likely place for Honda's designers to put them.

The rear of the Civic sedan highlights the flowing roofline on the new sedan. It gives the four-door a vaguely coupe-like look from the back. This variant has two distinct taillights, rather than one lamp running the whole width of the tail, like what we are seeing on the Civic hatchback.

Design trademark images also show us how the new Civic's dashboard looks. The layout includes space for an infotainment screen at the very top of the center stack. Expect the designers to locate the HVAC controls below it. The lowest section is a bit of a mystery because the hole seems too large to be simply for storage.

The new Civic will debut in the spring of 2021 and will go on sale for the 2022 model year. Honda already confirms that there's an Si variant the sedan coming, and spy shots show the company developing a new Type R, too. 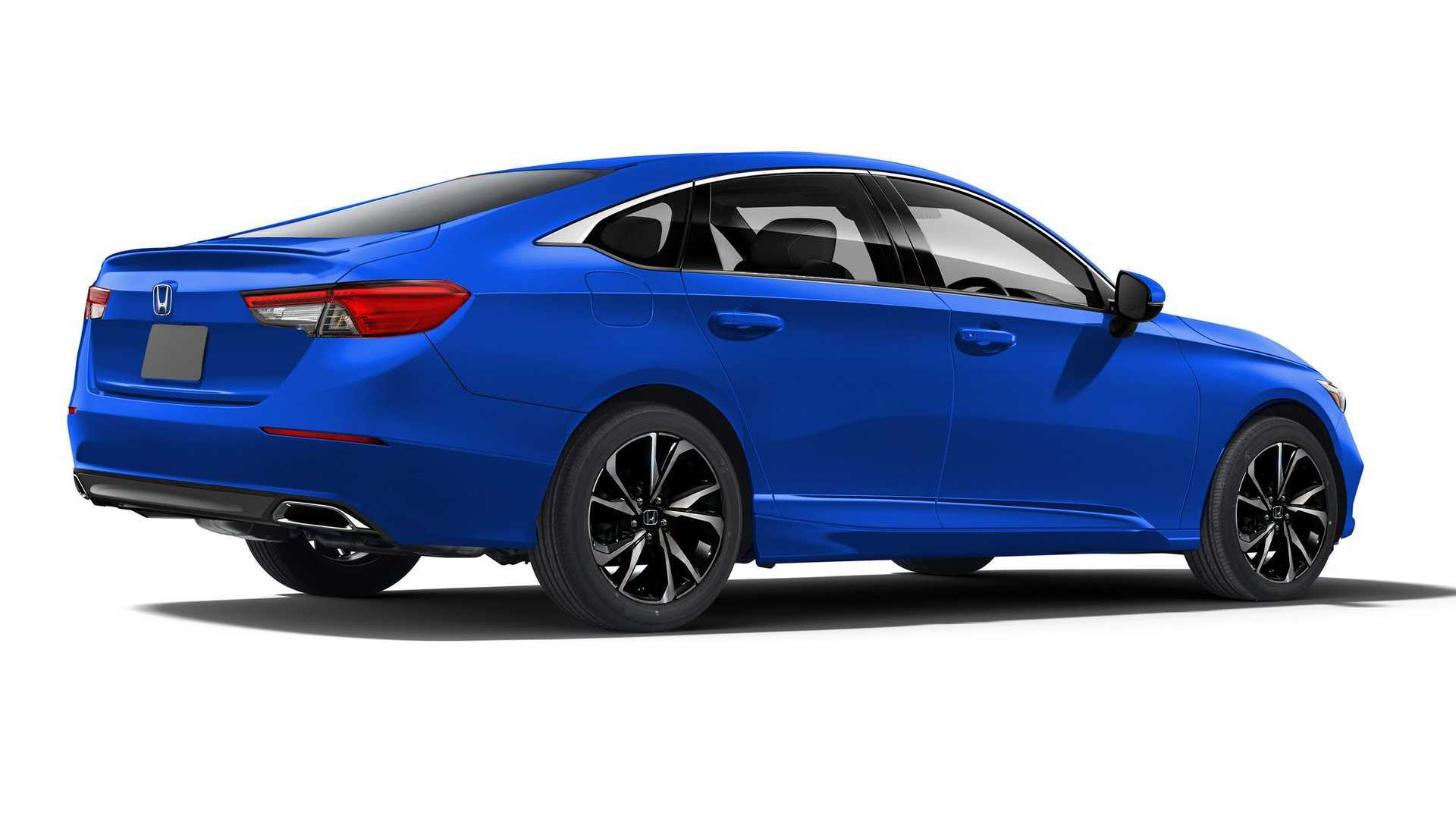